The Foreign Terrorist Fighters (FTF) phenomenon can be traced back to the civil wars in Bosnia and Somalia,1“The issue of foreign fighters is not new. Jihadi conflicts over the past thirty years in Afghanistan, Bosnia and Somalia have attracted fighters from across the globe.” See: Tom Keatinge, Identifying Foreign Terrorist Fighters: The Role of Public-Private Partnership, Information Sharing and Financial Intelligence, International Centre for Counter-Terrorism (2015), http://icct.nl/app/uploads/2015/07/OP-FININT_web_low-res.pdf or the Afghan Mujahideen declaration of jihad in Afghanistan which prompted men from several Muslim countries, including Pakistan, to travel to Afghanistan to fight against the Soviet Union.2“The Mujahideen launched never-ending attacks on the Soviets’ long, vulnerable lines of communication, both back to the USSR and within Afghanistan.” See: C J Dick, Mujahideen Tactics in the Soviet-Afghan War (January 2002), http://edocs.nps.edu/AR/org/CSRC/csrc_jan_02.pdf It wasn’t until the widespread proliferation of the Islamic State of Iraq and Syria (ISIS) in 2014, however, that the United Nations Security Council (UNSC) added the phrase ‘foreign terrorist fighters’ to the vocabulary of international law.3Sandra Krahenmann, The Interplay Between International Humanitarian Law, Terrorism and the “Foreign Terrorist Fighter” Regime (2018) 112 Proceedings of the ASIL Annual Meeting 307, p 309, https://www.cambridge.org/core/journals/proceedings-of-the-asil-annual-meeting/article/abs/interplay-between-international-humanitarian-law-terrorism-and-the-foreign-terrorist-fighter-regime/FF3944DC1A9CE0D5AAA09F1C078A32CE In UN Security Council Resolution 2178 (2014), FTFs were defined as ‘individuals who travel to a State other than their State of residence or nationality for the purpose of the perpetration, planning, or preparation of, or participation in, terrorist acts or the providing or receiving of terrorist training, including in connection with armed conflict.’4UN Security Council Resolution 2178 of 24 September 2014, Preamble. The UNSC obligates States to take measures against FTFs, mainly the consistent influx of FTFs who were being persuaded to join the Islamic State of Iraq and Syria (ISIS), also known as Daesh,5“In 2015, approximately 40,000 individuals from over 120 countries had traveled to Iraq and the Syrian Arab Republic as fighters. An estimated 80 per cent of those migrated to join ISIL (Da’esh) and live in the caliphate, creating a combined force with local Syrians and Iraqis assessed at around 100,000 fighters.” See: UNODC, Investigation, Prosecution and Adjudication of Foreign Terrorist Fighter Cases for South and South-East Asia (June 2018), https://www.unodc.org/documents/terrorism/Publications/FTF%20SSEA/Foreign_Terrorist_Fighters_Asia_Ebook.pdf at that time making up a large number of people.

The UNSC’s guidance on foreign terrorist fighters relies extensively on the use of counter-terrorism legislation and has arguably overshadowed international humanitarian law leading to a conflation of the two distinct legal regimes. This article will assess the relationship between counter-terrorism (CT) and international humanitarian law (IHL) and make recommendations for the increased consideration of IHL in FTF cases.

Since 9/11, the UNSC has developed a detailed counter-terrorism framework with the aim of strengthening the criminal repression of actions of terrorism and curtailing support to designated terrorist regimes.6Sandra Krahenmann, The Interplay Between International Humanitarian Law, Terrorism and the “Foreign Terrorist Fighter” Regime (2018) 112 Proceedings of the ASIL Annual Meeting 307, p 309, https://www.cambridge.org/core/journals/proceedings-of-the-asil-annual-meeting/article/abs/interplay-between-international-humanitarian-law-terrorism-and-the-foreign-terrorist-fighter-regime/FF3944DC1A9CE0D5AAA09F1C078A32CE The adoption of UNSC Resolutions 2178 (2014) and 2396 (2017) added FTFs to this existing counter-terrorism framework.

The UNSC aimed to suppress the growing mobilisation of FTFs through Resolution 2178 (2014). They called on all FTFs to immediately cease their violent activities and States to fulfil their obligations under Chapter VII of the United Nations Charter to prevent the training, radicalisation, or recruitment of FTFs. The Resolution provides guidance on the measures necessary to prevent the facilitation of travel of FTFs through States’ borders. Most importantly, the Resolution obligates Member States to create legal measures which can be enacted against individuals who travel or plan to travel to another country for purposes related to terrorism or becoming a terrorist fighter in that country.

UNSC Resolution 2396 (2017) aimed to address FTFs that return to their homes from conflict zones by providing guidance on what happens when FTFs are forced to return to their home countries or countries of nationality even though they imagined their whole life in the foreign country they were in. The Resolution calls on countries to both persecute the appropriate returning FTFs and to reintegrate the appropriate returning FTFs and their families into society. The Resolution also requires Member States to enact novel measures against FTFs, such as collecting biometric data of citizens and populations of foreigners residing in their territory, especially those returning from conflict zones, as a measure against the movement of FTFs and to facilitate the persecution of FTFs attempting to travel for the purposes of terrorism. It also suggests the development of new international travel security measures including Passenger Name Records (PNR), Advance Passenger Information (API), and watch lists to prevent FTFs from travelling to and from conflict zones.

The Status of FTFs under International Humanitarian Law

IHL on the other hand, regulates means and methods of warfare in armed conflict and attempts to protect those who are not or no longer participating in hostilities. Combatant status provides legal rights to those engaged in combat in international armed conflicts (IACs)10An international armed conflict occurs when one or more States have recourse to armed force against another State. See common article 2 of the four Geneva Conventions. including immunity from criminal prosecution for acts committed that comply with IHL and prisoner of war status. They are reciprocally required to comply with obligations under IHL including abiding by the principle of distinction which requires parties to a conflict to distinguish between the civilian population and combatants to spare civilian populations and property.11ICRC, International Humanitarian Law (October 2002), p 6, https://www.icrc.org/en/doc/assets/files/other/icrc_002_0703.pdf Foreign terrorist fighters engaged in the IAC that followed the Soviet Invasion of Afghanistan, and in Afghanistan and Iraq after respective US-led invasions qualified for combatant status until the status of the conflicts changed from an IAC to a non-international armed conflict.12Sandra Kraehenmann, Foreign Fighters under International Law, Geneva Academy Briefing No. 7 (October 2014), p 15, https://www.geneva-academy.ch/joomlatools-files/docman-files/Publications/Academy%20Briefings/Foreign%20Fighters_2015_WEB.pdf

IHL generally prohibits all acts that would be considered terrorist acts outside of armed conflict (executions of civilians, hostage-taking and deliberate attacks against civilians and civilian property) and many of these acts are also criminalised as war crimes. Within armed conflicts, IHL refers to ‘terrorist acts’ in two specific instances. It prohibits acts or threats of violence the primary purpose of which is to spread terror,17Art. 51(2), Additional Protocol I and Art. 13(2), Additional Protocol II. and it prohibits acts of terrorism against persons who are not, or no longer, participating in hostilities.18Art 33, Geneva Convention IV 1949 and Art 4(2)(d), Additional Protocol II. Therefore, the IHL framework appears to be sufficient to protect against ‘acts of terrorism’ during armed conflict.

The Threat of the Potential Conflation of CT and IHL

CT principles may therefore, interfere with the application of IHL by prohibiting conduct that is not unlawful in armed conflict under IHL. By invoking CT norms, States may consider an act carried out in an armed conflict by a non-state armed group is terrorist in nature, and therefore unlawful, even where such acts are not prohibited under IHL for example acts against military objectives.21S. Ojeda, Global counter-terrorism must not overlook the rules of war, Humanitarian Law & Policy, (13 December 2016) As a result, FTFs may be prosecuted for terrorist offences even if they abide by all IHL rules.

Designating armed groups and their activities ‘terrorist’ not only causes confusion but may also undermine compliance with IHL during armed conflicts. Given that armed opposition fighters, including FTFs may be prosecuted under domestic law for mere participation in the conflict, they have little incentive to comply with IHL rules of proportionality and distinction as States are unlikely to provide amnesty to groups that they consider to be terrorist organisations.22Sandra Kraehenmann, Foreign Fighters under International Law, Geneva Academy Briefing No. 7 (October 2014), p 61, https://www.geneva-academy.ch/joomlatools-files/docman-files/Publications/Academy%20Briefings/Foreign%20Fighters_2015_WEB.pdf In addition, this may elongate the transition from conflict to peace, as essential groups, including those designated as terrorist organisations are left out of peace negotiations.23Geneva Academy, Rules of Engagement: Protecting Civilians through Dialogue with Armed Non-State Actors (October 2011), p 16

The tension that results from conflation of CT and IHL on matters of terrorism and the acts of FTFs may be remedied by detangling the two regimes. Given this conflation of the CT and IHL regimes is mainly the result of the use of terms including ‘acts of terrorism’ and ‘terrorist fighters’ without reference to the specific legal regimes to which they relate, this article suggests adopting the ICRC’s position that the term ‘acts of terrorism’ should largely be reserved for acts of violence committed outside of armed conflict with the exception of the specific acts of terrorism (designated under IHL treaties) that take place during armed conflict.24ICRC, International Humanitarian Law and the Challenges of Contemporary Armed Conflicts (2011), p 51 It is necessary to reduce the wide reach of the counter-terrorism regime which was prompted by 9/11 and hastened by Resolutions 2178 (2014) and 2396 (2017). To do this, it is necessary to exclude acts committed during armed conflicts from domestic counter-terrorism legislation and apply the counter-terrorism regime exclusively during peace time. 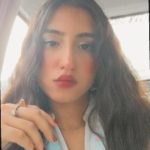 Areeba is a student at Lahore University of Management Sciences (LUMS). She is interested in policy work, academic research, and journalism. 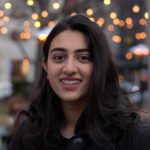 Maha is a Junior Research Associate at the Research Society of International Law, Pakistan. She has a keen interest in exploring all areas of public international law and their connection with the Global South.