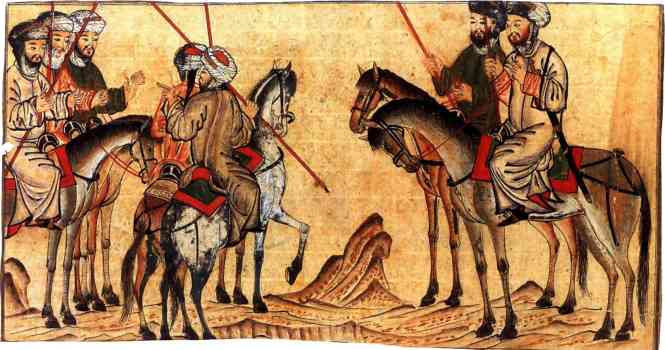 While some question the compatibility of Islamic law with IHL, there has been an increasing surge of interest in understanding the Islamic jus in bello as after 9/11 a number of armed conflicts take place in or involve Muslim majority States. Just like contemporary International Humanitarian Law (IHL), the Islamic jus in bello also provides protection from attacks to individuals by virtue of their status. Islamic law emphasises the sanctity of life of non-combatants and the importance of avoiding endangering the lives and property of non-combatants except in cases of military necessity. This article delves into the doctrine of non-combatant immunity from the lens of Islamic law and International Humanitarian Law (IHL). It finds that Islamic law affords somewhat equal protections to non-combatants as envisaged in IHL. It discusses the principle of distinction in Islamic law and IHL relying on the sources of both to argue that the protections offered to those not taking part in hostilities are repeated in both regimes.

"Combatants" and "Civilians" under Islamic Law

Islamic law differentiates between those who are permissible targets in war and those who are not. Thus providing for two categories: firstly, al-muqatilah (combatants) and ghayr al-muqatilah (non-combatants).1Al-Dawoody, Ahmed.  Islamic jus in bello: Justifications and Regulations.  Palgrave Macmillan. 2011.p. 111 Al-Rāzı̄ a renowned Islamic law Scholar defines the term al-muqātilı̄n (combatants) as “those who take part in the hostilities, according to him, anyone even if he is willing to fight cannot be considered as combatant until he enters into combat.”2Al-Rāzı̄, Muḥammad ibn ʻUmar. Tafsı̄r al-Fakhr al-Rāzı̄: Al-Mushtahar bi-al-Tafsı̄r al-Kabı̄r wa-Mafātı̄h ̣al-Ghayb. Dār al-Fikr. 1981. Vol. 5. p. 138. Thus, civilians or non-combatants are understood to be the ones who are not taking part in hostilities. Islamic law permits women to directly participate in hostilities thus granting women the status of Combatant.

Understanding "Combatants" and "Civilians" under IHL

The International Committee of the Red Cross (ICRC) defines civilians in the following words, “all persons who are neither members of the armed forces of a party to the conflict nor participate in a levee en masse.”3Melzer, Nils. Interpretative Guidance on the Notion of Direct Participation in Hostilities Under International Humanitarian Law, International Review of Red Cross, 90, (2008) 991, 997. Civilians are those who are not members of the armed forces as per Article 43 of the AP 1. IHL grants the status of the Combatant to all the armed forces of the parties engaged in hostilities as well as any civilian taking part in combat.

IHL is the lex specialis applicable in times of armed conflict.4Parks, William Hays. “Part IX of the ICRC “Direct Participation in Hostilities” Study: No Mandate, No Expertise, and legally Incorrect, New York University Journal of International Law and Politics, 42, 769, 798 (2010). The principle of distinction is one of the cardinal principles of IHL that has gained the status of a customary rule of international law. It is a basic principle that protects civilians and civilian property from attacks. It provides that parties to an armed conflict shall direct their operations only against military objectives and shall at all times distinguish between the civilian population and combatants and between civilian objects and military objectives.5Protocol Additional to the Geneva Conventions of 12 August, 1949, relating to the Protection of Victims of International Armed Conflicts (Protocol 1), (June 8, 1977), 1125 U.N.T.S. 609. [AP 1], Article 48. ; Rule 1 of Customary IHL (CIHL)

This principle of distinction is enshrined in both the primary as well as secondary sources of Islamic law. The primary sources of Islamic law guarantee protection to civilians while commanding that fighting must only be directed against enemy combatants. Ibn Qayyum has indicated the Islamic position regarding those who can be targeted during war as follows: “Muslims must fight those who attack them, but not those who do not attack them.” This statement expressly affirms the principle of civilian protection in Islamic jus in bello.6Zemmali ,Ameur. Islam and International Humanitarian Law: Principles on the Conduct of Military Operations. ICRC. 2010. 4th ed., pp. 162–163. Moreover, the principle of distinction has been enshrined in the following verse of Holy Quran which states that; “Fight in the cause of Allah those who fight you but do not transgress limits; For Allah loveth not transgressors”.7Holy Qur’an, 2:190

This verse has been interpreted to mean that non-combatant enemies should not be attacked and any attack against women, children, elderly etc is an act of aggression that angers the Almighty Allah.8Al-Dawoody, supra note 1, 1002. This verse has been held to have two meanings; firstly, Muslims should not initiate hostilities unless waged by the enemies. Secondly, only those should be targeted who directly take part in combat.9Rawandi, Qutubuddin. Fiqh al Quran, ed., Al-Syed Alam Al-Hussaini, Qum, Maktaba Ayatullah, 1405, edition 2nd  Vol. I, p.330.

According to Shaybani, a Muslim Army has to only fight against combatants and, therefore, they cannot kill women, children, elderly, and like persons who are not taking direct part in the combat.10Shaybani, Muhammad b. al-Hasan. Kitab al – Siyar al-Kabir, Commentary Muhammad b. Ahmed al-Sarakhasi, ed., Muhammad Hassan al-Shaifi. Beirut, Dar al-Kotob al-ilmiyah, 1997, vol. IV, p. 186.

Thus, a number of the Prophet’s Hadiths specifically prohibit the targeting of women, children, the elderly, and ʻusafā’ .The word ʻusafā’ is the plural of the word ʻası̄f, which means anyone who has been hired or himself provides services in the battlefield. Furthermore, it has been reported that in one of the battles, the Prophet saw a body of a dead woman and inquired as to the cause of her death. When he came to know that she had been killed by a Muslim commander he dispatched a companion to prohibit him from such acts.14Abu Bakar, Abdul Razzaq, Musannaf, Beirut, al-Maktab-al Islami, 1403, ed. 2nd, vol. V, p.201. Whenever the Prophet dispatched his army he expressly commanded and instructed them to never direct attacks against civilians.15Khudduri, Majid. The Islamic Law of Nations: Shaybani’s Siyar. Maryland, John Hopkins University Press. 1966. p.100

In sum, the principle of distinction as provided by Islamic law is similar in many respects to the existing IHL Framework.

When can Civilians be Targeted?

Islamic jus in bello and IHL provide similar exceptions to the principle of distinction.

The notion of DPH may be defined as civilians’ acts carried out during armed conflicts as a part of hostilities.16Melzer, supra note 3, 41. In Islamic law, there are dissenting views on the permissibility of killing the civilians directly participating in hostilities especially children and women.17Al-Dawoody, supra note 1, 1004. Jurists have discussed incidents where a woman is attacking a Muslim soldier or attempting to kill him with stones. Some have argued that civilians forfeit their privileges when they directly participate in hostilities and can be attacked by Muslims.18Mahmood, Ataullah Khan Saqib Jawad, Muhammad Sohail, Direct Participation in Hostilities: A Comparative Study of the Norms of Islamic Law and International Humanitarian Law, Al-Azva, 35, (2020) 58. Other jurists have maintained that it is not desirable to do so.19V. Ahmad al-Dardīr, Al-Sharh al-Kabīr, ur. Muhammad ʼAllīsh, Vol. 2 (Beirut: Dār al-Fikr), 176 The latter position is supported by a saying narrated by Abdullah that when a woman was found killed in a battle, the Holy Prophet prohibited the killing of women and children.20See Bukhari, Kitab al Jihad, Hadith No. 2791 On the other hand, proponents of the former view substantiate their interpretation with this saying of the holy Prophet, “If they fight they will be killed in defense”.21Ghāzī ,Maḥmūd Aḥmad, ḷslām kā Qānūn-e-Bain al-Mumālik, (Islamabad: Shārī„āh Academy, International Islamic University Islamabad), 338-9.

In Islamic law, it is permitted for women to directly participate in hostilities when the State is under attack. It is evident from the example of Nusaibah binti Ka’ab who joined the fighting during the Battle of Uhud.22Norfadhilah Mohd Ali, Fadhlina Alias, Muhammad Najib Abdullah, Rodziana Mohamed Razali, Dr. Ahmad Zaki Salleh, When Civilians “Cross The Line”: The International And Islamic Law Perspectives, International Journal of Humanities and Social Science, Vol. 1, December 2011, p 228. Her efforts were highly appreciated by the Holy Prophet.23Ibid. This example is also in consonance with a verse of Holy Quran, “Go ye forth, (whether equipped) lightly or heavily, and strive and struggle, with your goods and your persons, in the cause of Allah, that is best for you, if ye (but) knew”.24Holy Quran 9:41 Therefore, by virtue of this participation, they can also be targeted.

Civilians lose their protection from being targeted for so long as they directly participate in hostilities.25Melzer, supra note 3, 69 For their acts to qualify as DPH, they must satisfy three cumulative requirements: (a) threshold of harm (b) direct causation (c) belligerent nexus. The acts which qualify as DPH, however, are contested under IHL. Though there is agreement that, for instance, supplying ammunition to the front line qualifies as DPH and would render a civilian targetable.

This article demonstrates that both the Islamic laws of war and IHL complement each other and by and large recognise equivalent protections for civilians during an armed conflict despite having different sources and history. Both Islamic law and IHL guarantee common privileges to civilians and given this consistency can be jointly used in order to maximise civilian protection and reduce their suffering during hostilities.

Sajjad Ali graduated from University of Sindh with specialization in International Humanitarian Law. He is a former intern at IHL department, International Committee of Red Cross (ICRC), Pakistan. He is also a former Student Member at International Bar Association, London. 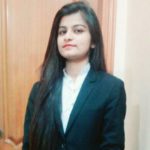 Paras Zafar is currently working as a Research Fellow at the Global Institute of Law where she is engaged in conducting research on pressing issues of Human Rights and International Humanitarian law. She is a final year Law student at the University of Sindh, Jamshoro, Pakistan.