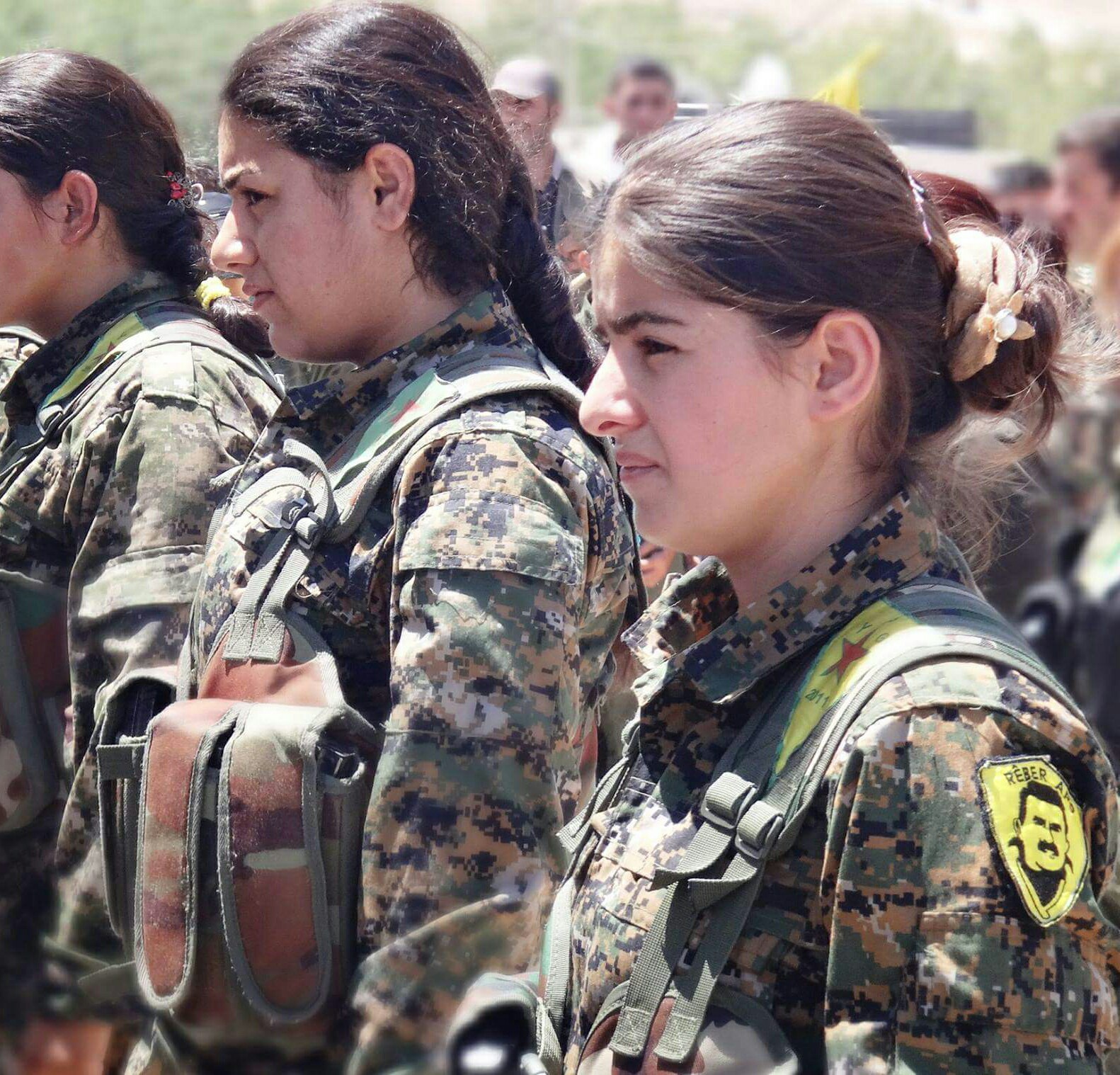 The principle of distinction is a fundamental principle of International Humanitarian Law (IHL). It is codified in Articles 48, 51(2) and 52(2) of Additional Protocol I of the Geneva Conventions and obligates states to differentiate between civilians and combatants and civilian objects and military objects in an armed conflict. Only combatants and military objects are to be targeted.1‘Treaties, States Parties, and Commentaries – Additional Protocol (I) to the Geneva Conventions, 1977’ <https://ihl-databases.icrc.org/ihl/WebART/470-750061?OpenDocument> accessed 9 September 2022. Theoretically, the principle of distinction takes a gender-neutral approach when talking about combatants. However, it has been argued that taken as a whole, some provisions of the Geneva Conventions reflect gender stereotypes. For instance, the provisions in the Geneva Convention which specifically deal with women offer them special protection as a vulnerable group, referring to their status as mothers. In doing so, it seems to assume a woman’s role as a passive victim in conflict, mostly civilian and mostly in need of protection.

However, women’s participation in armed conflicts is increasing and they are often performing direct and indirect support roles during war. In light of this fact, this article looks at this somewhat stereotypical approach taken by the Conventions as well as how in practice, women are presumed a more ‘innocent’ form of civilian status in which they are not directly participating in hostilities. This is in contrast to similarly aged men, who may more regularly be presumed to be civilians who are so participating. This presumption may even be leveraged by women who assist armed groups to avoid targeting. While many of the support roles performed by women do not meet the threshold of ‘direct participation’ which would make them targetable, it will be interesting to see how this progresses in the future, as women assume more ‘direct’ combat functions for armed groups.

Gender Stereotypes and the Presumption of Civilian Status

The protections in the Geneva Conventions are gender neutral in nature and protect men and women alike. The Geneva Conventions acknowledge however that women may have different requirements to men. Most provisions of the Conventions that address women are on the basis that they are mothers and consequently provide them with additional protection. Further, certain provisions protect them by virtue of their sex for instance Article 12(4) of the first and second Geneva Conventions.2‘Treaties, States Parties, And Commentaries – Geneva Convention (I) On Wounded And Sick In Armed Forces In The Field,1949 – 12 – Article 12 : Protection And Care Of The Wounded And Sick – Commentary Of 2016’ (Ihl-databases.icrc.org, 2022) <https://ihl-databases.icrc.org/applic/ihl/ihl.nsf/Comment.xsp?action=openDocument&documentId=CECD58D1E2A2AF30C1257F15004A7CB9> accessed 4 October 2022. Similarly, Article 76 of AP1 states that women are to be treated with due regard to their sex.

The Geneva Conventions and their Additional Protocols offer protection to civilians during an armed conflict. These protections include sparing civilians from attack; differentiating between civilians and combatants and civilian objects and military objects at all times; and taking precautions to minimise civilian damage while launching an attack. Further, Article 52 (3) of Additional Protocol 1 denotes that in cases where there is doubt regarding the civilian status of an individual, that individual must be presumed to be a civilian.3Ibid. Further, Article 50 (3) of AP 1 also explains that the presence of combatants in a population does not deprive it of its civilian character.4Ibid. The protection from targeting is only until and for so long as civilians do not directly participate in hostilities, once they do so, they are targetable.

However, gender stereotypes may play a role in the on-field implementation of these neutral provisions. Historically, war has been seen as a man’s business with men of fighting age likely to be considered combatants, while women will frequently be considered civilians or passive victims to war. The perception that women are innocent civilians’ however does not acknowledge their changing role in war and the ways in which they participate in conflict. While women have often provided indirect support to armed groups, such as in the provision of food or other indirect support, such as cooking or cleaning for them, women are increasingly now directly participating in hostilities. Women may even leverage stereotypes to their advantage so they can better directly participate in hostilities, for instance, women working for Al-Shabab hiding bombs in their “burqas” (veils) can by-pass security checks easier than men. Similarly, in 2004, a female suicide bomber presented a serious threat to the ceasefire agreement between the government and LTTE by killing 4 policemen. The police officers did not suspect her which allowed her to get close to them. Orly Stern reports that in Nigeria, the use of girls as suicide bombers by Boko Haram has meant that girls approaching checkpoints are now being targeted and shot even if they are not suicide bombers.5IHL’s Principle of Distinction and Women in Armed Groups – Dr. Orly Stern – YouTube’ <https://www.youtube.com/watch?v=C2eo3MvD3Bg> accessed 9 September 2022.

Women on average constitute 5 per cent of armed forces around the world. As female members of the armed forces they are combatants as defined under Article 4 of the Third Geneva Convention and are targetable at all times. Moreover, there are provisions in Geneva Convention III which specifically apply to women prisoners of war. The case changes however when it comes to the involvement of armed groups in non-international armed conflicts. Some armed groups, particularly in Africa, have had high numbers of women recruited to them, in some instances this can go up to around 30 percent being women. These women are not combatants as the conflicts are usually civil wars and are therefore civilians who are directly participating in hostilities. They are therefore targetable for so long as they are directly participating in hostilities.

The ICRC’s interpretive guidelines on the threshold of DPIH suggest a three-prong cumulative test to confirm if a civilian is targetable under IHL.6‘ICRC, Interpretive Guidance On The Notion Of Direct Participation In Hostilities | How Does Law Protect In War? – Online Casebook’ (Casebook.icrc.org, 2022) <https://casebook.icrc.org/case-study/icrc-interpretive-guidance-notion-direct-participation-hostilities> accessed 4 October 2022. This test includes the following:

Stern argues that most of the work women do for armed groups would not qualify as direct participation in hostilities according to the ICRC’s guidance.9Ibid. This means, on the one hand, that women retain their protection from being targeted, however, Stern argues that women’s roles are then legally concealed. The law perpetuates the notion that women are not ‘properly’ participating in hostilities in this exclusion from the definition of direct participation. She argues that the law is not broad enough to encompass these roles and could consequently encourage non-compliance. Stern states that the roles women play are very important for armed groups and they are highly dependent on their contributions. Therefore, she argues against the restrictive definition that does not include women’s ‘indirect’ support roles in armed conflict which normalise the perception that women are ‘passive’ in armed conflicts.10Ibid. This results in them being excluded from reparations programmes, enjoying the spoils of war, or their participation in decision-making after the war in post-conflict transition.11Ibid.

While this is a very interesting argument, it is not an entirely agreeable one. It is true that there are issues with women’s ‘indirect’ participation in hostilities not being seen by the law and the fact that it can encourage non-compliance. This can be seen from the example given above regarding Nigerian girls being targeted on the assumption that they could be suicide bombers. However, it is important to remember that given there is no universally agreed on definition of DPIH, and while the ICRC’s Guidance is helpful it does not settle the debate, the line between what constitutes ‘indirect’ and ‘direct’ participation is often blurred. The issue arises when it comes to what is lost with an overly broad definition of ‘direct’ participation. For instance, a cook who provides food for an armed group, whether male or female, is not ‘directly’ participating in hostilities and therefore is not targetable. In expanding the definition to encompass such indirect participation we risk undermining the integrity of the entire IHL regime, which is to reduce civilian suffering. Stern’s approach may be overly broad and may in fact go against this object and purpose. Therefore, while women’s participation in hostilities is one which may change in the coming years, it remains to be seen whether the law itself should change in how it labels their unique contributions to conflict.

The historical participation of men and women during conflict has given rise to a range of gender stereotypes regarding the role of the two sexes in war. These stereotypes have influenced both law and on-field practices. While the Geneva Conventions are gender neutral,  they may be reliant on a stereotype of women as passive victims. This presumption, in the law and in the field, means that the various support roles that women perform during conflict are legally concealed. However, expanding the definition of ‘direct participation in hostilities’ is risky business and may undermine the entire object and purpose of the IHL regime in order to merely not invisibilise women’s contributions to armed conflict. Perhaps it would be better that despite playing a considerable role in ensuring the success of the armed groups during a conflict, women would remain not targetable under IHL. 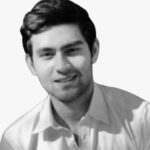 Syed Qasim Abbas is a student of Law and policy at the Lahore University of Management Sciences. His primary areas of interest are International Law and Diplomacy. He also focuses on Pakistan’s policy and legislative compliance with its international obligations.